Miss Berry's meme this week isn't something that hasn't crossed my mind eventhough the answers aren't as easy. 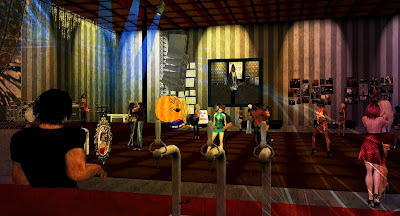 This picture has nothing to do with the meme, but it is about the only place I socialized.

Email ThisBlogThis!Share to TwitterShare to FacebookShare to Pinterest
Labels: meme