I never thought I would get a breedable cat but after living with Luella the Firestorm KittyCat and finding out more about the KittyCats pedigrees, I am impressed. So after checking the marketplace, I bought a 2 pairs of new borns from a seller. Unfortunately, the cats were not delivered even though marketplace invoice said they were. I informed the seller via a notecard and even though she made a redelivery, the kittens refused to appear in my inventory. Marketplace glitch I suppose. There goes my lindens!

I wasn't about to give up so I checked in-world, a place called **V's Kitty**  where they sell KittyCats. The KittyKats Mainstore only sells their Starter kittens and we can't choose what kind of cats we want. It's all random and I wanted a Balinese and an Ocicat.

In the end, I chose these 2, an Ocicat and an American shorthair. 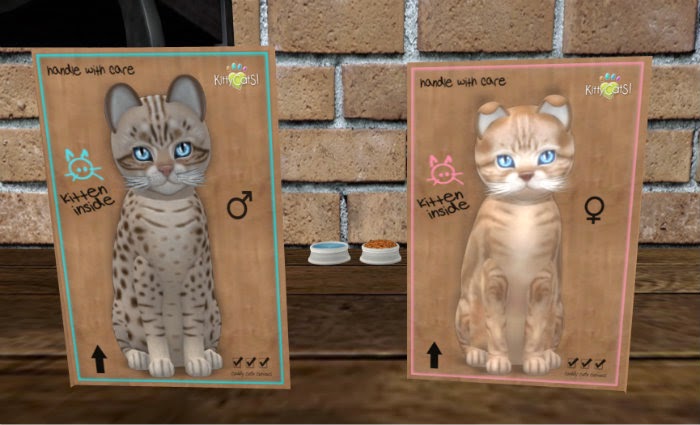 It took 15 minutes for them to birth. 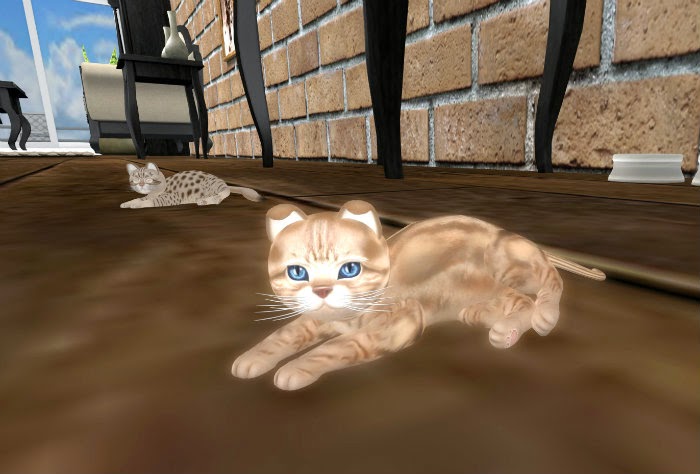 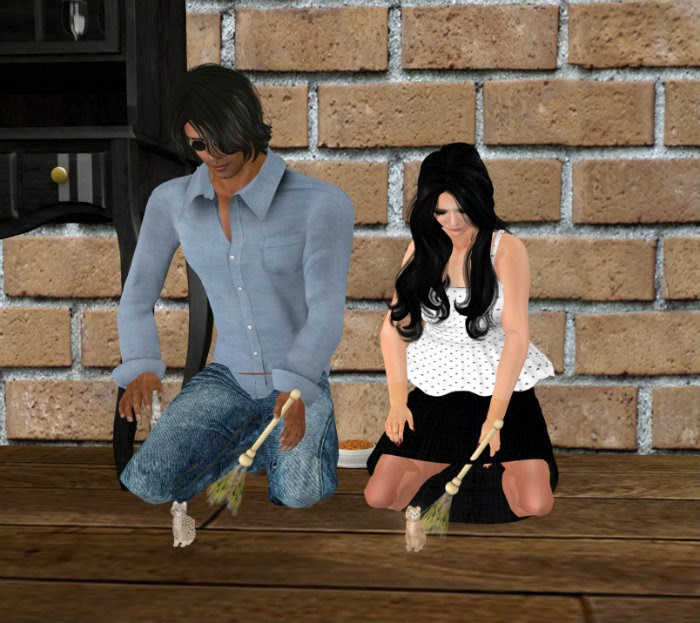 Here we're tickling them with peacock feathers no less! 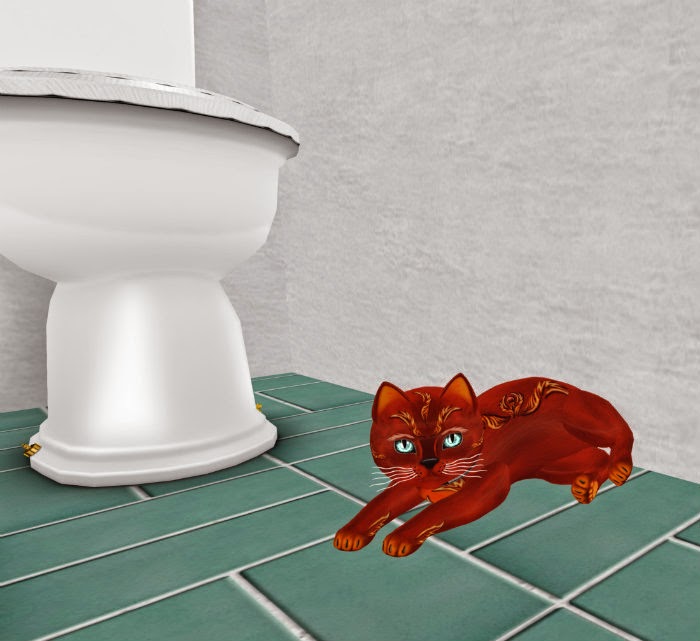 And here is darling Luella who made me want to get a breedable. I have no idea why she likes the bathroom so much but she's always hanging out there.

A few days later, mama cat watching over her brood:) 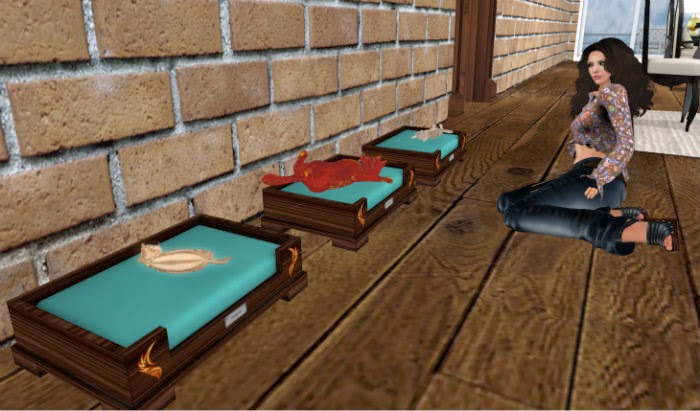 Posted by Moon Falconer at Saturday, November 22, 2014 No comments: