I had an argument with someone a few days ago. I rarely have arguments. I usually give in or I'd just leave and be quiet about it. This argument hurts coz it was like a character assasination of myself. This friend of mine likes to laugh at noobie-looking avatars so one day he surprised me with this very ugly-looking clownish avatar. I told him he was ugly and when he wanted to dance with me, I said no, it would ruin my reputation. It was really a joke because I have in the past worn weird avatars. Unfortunately he did not take it as such and he then proceeded to show me how other people would dance with him and said he was disappointed I was that shallow. I then said I must have hurt something deep inside him and he said that I must think I am ugly in real life so that I have this need to put all those pictures of my avatar in flickr.

I know all these are not true that I am not like that, but when someone says that of me, I can't shake it off my mind and it makes me wonder if maybe there is some grain of truth in it. Maybe I shouldn't have said he was ugly. I guess I thought we had passed that stage and could really say what is on our minds. At least he always say what's on his mind, so why can't I?

Always I try so hard to please everyone but it is getting so hard to keep on doing this.

Anyway, this so called shallow women has to get her mind off her seemingly silly problems and so I did the only think that takes me away and that is taking pictures of my favorite subject. 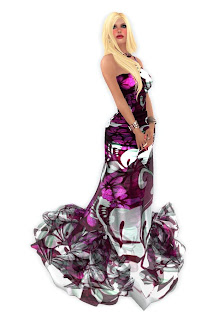 This is a gown from Paris Metro called Hibiscus in Fushia. At the moment it's 300L. 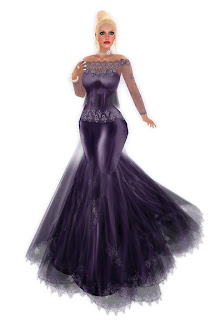 This is the anniversary gown from Purplemoon. The gown and the jewelries are part of the hunt. There is a hair included in the hunt but my avie looks ugly in it so I did not wear it.

I really enjoy listening to live music. Johnny Paramour sounds so much like Blake Shelton sometimes so you can imagine his presence can fill up the sim.
So I thought I'd leave my hat on while I relax in the bath reading a book. 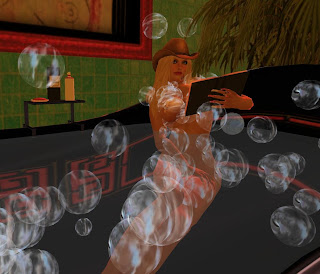 I was talking this picture when my buddy tped into the skybox and screamed. That was hilarious!
Posted by Moon Falconer at Friday, June 22, 2012 No comments:

Email ThisBlogThis!Share to TwitterShare to FacebookShare to Pinterest
Labels: Dress me Up, from the heart, poses
Newer Posts Older Posts Home
Subscribe to: Posts (Atom)