The whimsical is still strong inside me and I am inspired to build another Tudor style house. 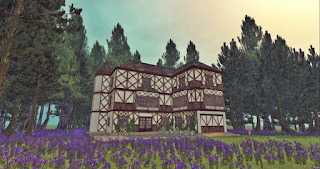 Named after my favorite KittyCat Maribella of the 2 coloured eyes. 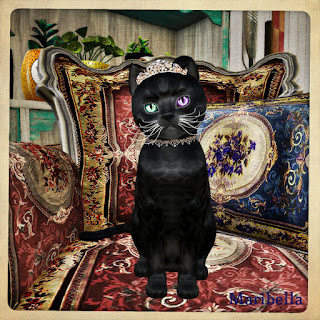 Maribella is now over 120 days old. 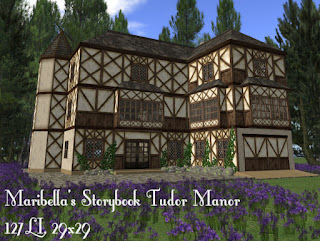 The Maribella's Storybook Tudor Manor is a 3 storey Tudor-style building with half timber frames, turrets and lead glass bay windows. I added wrought iron grilled staircases instead of wooden staircases for a modern touch. There is also an attached 2 car garage.

There are 2 separate rooms above the garage but otherwise, the layout of the building is open-planned.

The foliages have been linked separately and if you don't want them, you can just remove them. I have also included a copiable fireplace. 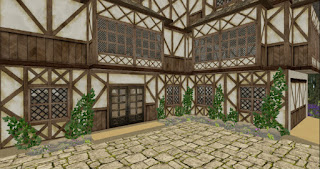 The rocks and foliages infront of the the house. 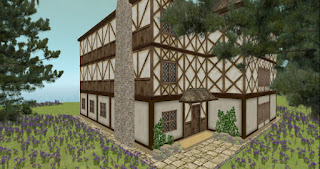 I've also added the rocks and foliages to the back of the house. 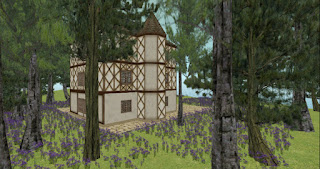 View of the turret. 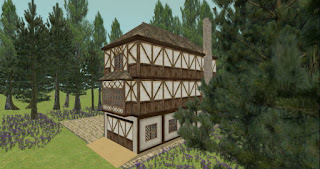 View of the 2-car garage and the bay window above the garage. 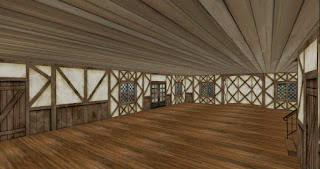 Another view of the ground floor. 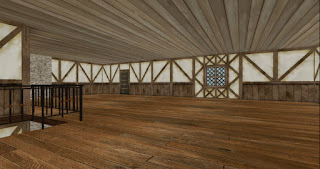 Both the upper floors are identical.