Some days in SL, all I want to do is listen to music and cam around taking pictures. And this morning is one of those days.

It has been awhile since I went music hopping because I spent most of my time up on the sky platform building or just staring at the prim as if it could inspire me, but this morning I told myself it was time to go forth and listen to other than those who sang at Chip's One Night Stand.

And so, a little after 6pm, I tped Moon to The Pier to listen to DennyMac. He plays the acoustic guitar and although Chip Takacs has spoilt me with his electric guitar, it was still pleasant to listen to the sweet lulling guitar. I cammed a lot to get some pictures while avatar Moon danced obliviously but only 2 pleases my eyes. 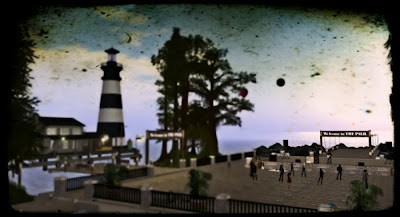 I have always loved pictures of lighthouses. This music venue is really beautiful and would be a great backdrop for photo shoots:)

Then half way through the show, I found out that my friend VincentSantino was doing a show the next hour so I tped Moon over: 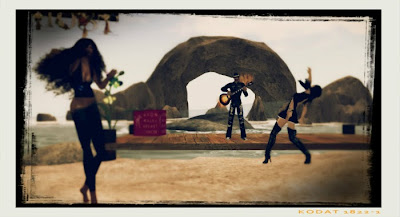 Vinny's one of those old rockers. He's gonna kill me for saying that:p

Then right after his show I tped Moon over to listen to Harry Frychester because he has an awesome voice and he's funny too. I called my daughter over to listen to him and at first she thought he was Michael Buble. 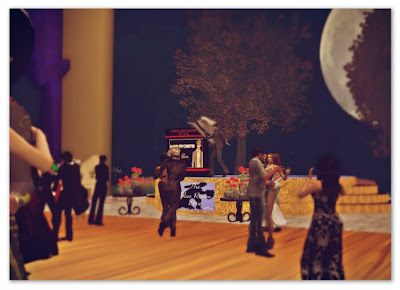 I didn't take many pictures. The sim was packed and laggy and I didn't want to crash.

3 hours of shows is my limit. I logged out and turn on the radio:)
Posted by Moon Falconer at Monday, September 16, 2013 No comments: