Pairing a sequin top and jeans makes Moon glamorous in a casual way. 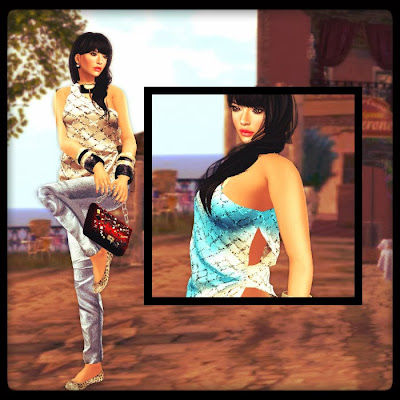 Adraiane Glitter top comes with 12 colours in a hud. This is an item from the Cosmopolitan Sale Room that is ending in a few days. So hurry!
The Gizza jeans has a sheen to it so it goes well with the top and I've chosen jewel encrusted tipped flats and added simplistic jewelleries. The red handbag is just so everything doesn't look so monotonous.
Pure Poison is having a 50% sale right now and I've stocked up on Moon's jewelleries and purses. A woman's shopping never ends.

It was time to upgrade Chip's One Night Stand Club. 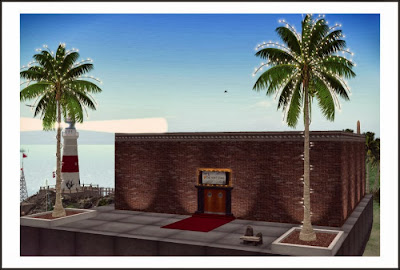 It's still the same squarish design because I wanted to save on prims. I only have 692 prims on the parcel and I wanted to leave 200 prims free for musicians' instruments and their tip jars and such.

The interior layout hasn't changed either, but I have re-textured everything and made the dressing-room smaller since nobody stayed in there longer than 10 mins. 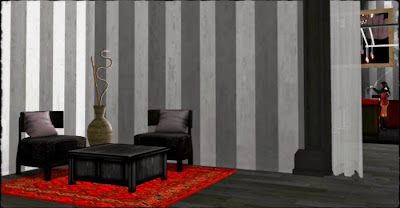 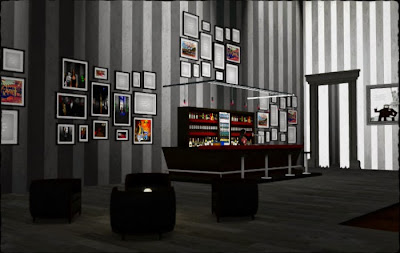 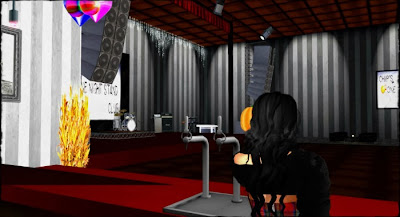 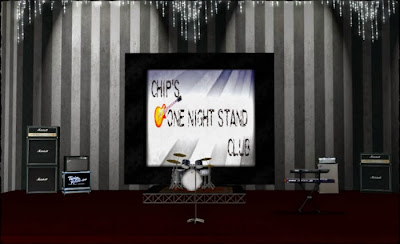 I've also changed the furnitures and upgraded the couple dances and the bar.

I spent a whole lot of hard earned lindens and it was worth it except....
this annoying fact and I have to get this off my chest.

Have you ever bought something and was so excited to use it and then found out that there was a flaw in it? Well that happened to me when I bought a sofa set. The items were supposed to be copiable, no mod and no transfer but one of them was not copiable. It just makes sense that if every item in the box was copiable except that one, it has to be an error. I can understand making that mistake when you have so many things to set permissions to. So I imed the owner and pointed out the error and asked for a copiable one. She didn't reply. After a couple of hours, I send a notecard and still no reply. I would have thought she would be happy that somebody detected an error and she would be able to correct it for future customers.

It's been 24 hours now. The thing is, earlier that day, when I tried to buy that sofa set, and I could not, I imed her and she replied immediately.

It sure makes me wonder if after getting my lindens, I no longer have the courtesy of customer service.

In the end, I found out how this error occurred because I am a builder, but I cannot imagine how frustrating others who has no inkling would find all this.