Wish You were Here 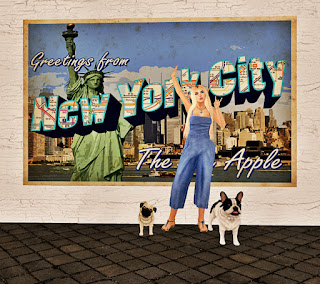 There were 2 reasons I braved the lag to go to this month's Gacha Garden. One was the Wish You Were Here pose set from Nantra and the other was the French Bulldog Fun in the Sun Frenchies by Jian. I wanted a companion dog which I could walk around with and I won her on the second try. The little Pug beside Moon is another companion dog by Jian I found at a flea market a while back. 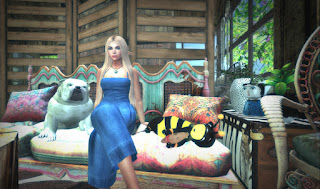 Moon is also wearing the latest free group gift from COCO and the recent FLF heart necklace from Maxi Gossamer. I am a sucker for heart pendants. 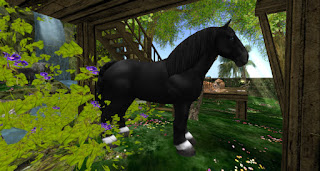 Did I mention that my desktop died a month ago and I've been on a laptop since then? Which is why I haven't been building. I had ordered a new desktop but I messed up on the graphic card. My son usually does these tech things for me but since he migrated leaving us girls, I've had to figure these things with my also clueless daughters. I actually succeeded in dismantling the out of date graphic card but when I tried to install another graphic card, I found out that it was too big.... So, now I have to go find a graphic card. I might just lug the darn desktop to the shop and just ask them to fit an updated version.

Anyway, not building means I get more time to just explore SL and do shopping and spent more time with my virtual animals.

I got girls for my second round of foals. Above is a Black Percheron. She's already 6 days old 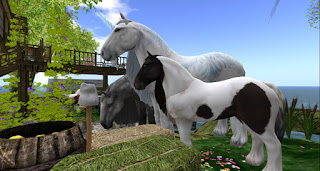 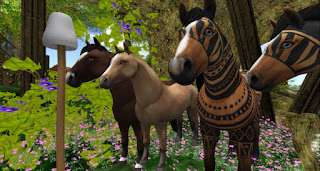 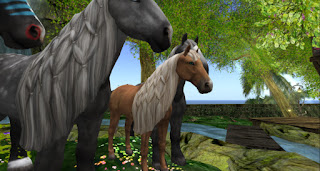 And my Percheron gave birth to an Australian Stock Horse! She's another chestnut.