My first pair of breedable KittyCats are now just a pair of pets. After 120 days, they can no longer breed. It feels kind of sad them not having anymore kitties and I'm glad I didn't sell their first offspring. 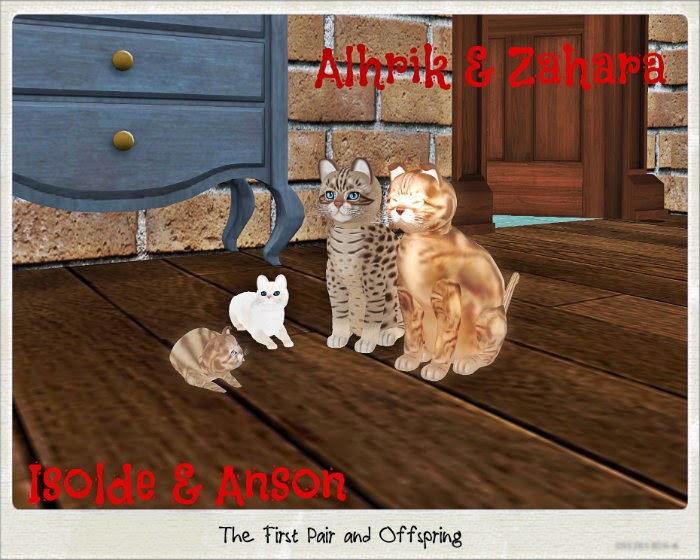 I saw Alhrik, Zahara and Isolde their toy offspring sitting together and couldn't resist taking a family picture. I pushed Isolde's mate Anson into the picture. Isolde and Anson has one last kitty to produce before they too become pets.

The funny thing about breeding cats, you never know the outcome of the offspring. Isolde and Anson only ever produce Cream Tabby like Isolde and Ocicat Ebony Silver which came from Ahlrik's(who is an Ocicat Cinnamon Silver) father. I had hoped at least one of the kittens would be a Balinese Cream Lynx like Anson. Let's hope their last baby would be like Anson!

Recently I adopted a pair of what I called chocolate chip kitties. They're Ocicat Chocolate and their colouring looks like they've been sprinkled with chocolate chips. I called them Cadbury and Hershey:) 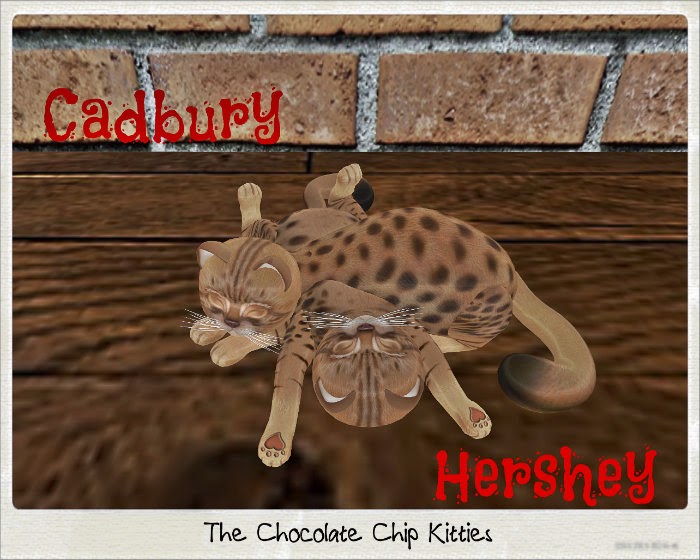 Recently they had their first kitty and imagine my surprise when their offspring was a Foxie Blondie and the pedigree chart showed no Foxie Blondie on either side of Cadbury or Hershey. 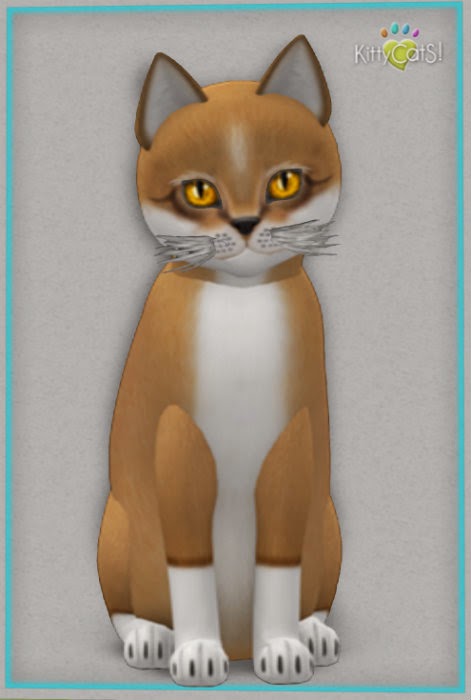 So here is Brendon, offspring of the chocolate chip kitties, looking very much like a fox. He must be a throwback. I am pairing him with another Ocicat chocolate and who knows what their offsprings would be.

Posted by Moon Falconer at Saturday, March 21, 2015 No comments: